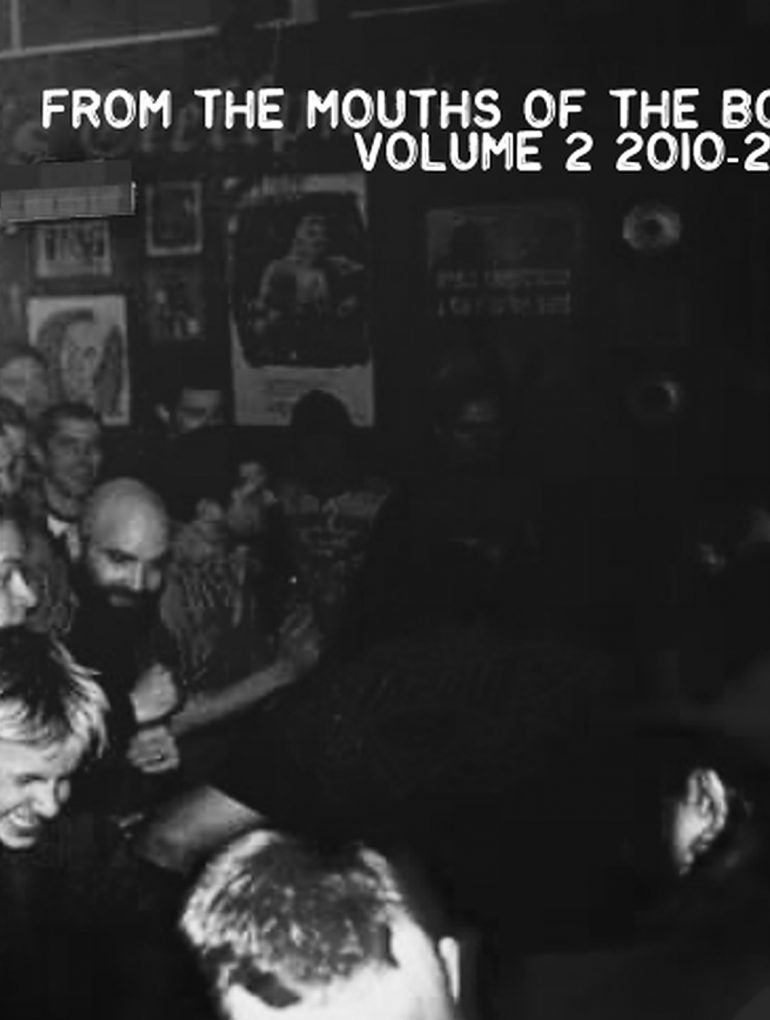 BallinaPunx was born in 2003, as a collective of kindred musical spirits based in the Co. Mayo town. The goal was to give voice to the town’s thriving alternative, punk and metal artists. The legendary Emmett’s bar in the town became the patron of this project, hosting a diverse range of acts, from Ireland and beyond. The contract was simple: if you were an independent band with some wild, Dionysian blood and passion, you were welcome. Over the years, multiple shows have been hosted, bringing in bands from Europe and the UK.

‘From the Mouth of the Boys Vol. 2’ features thirteen songs from bands who have released music between 2010 – 2019. There are tracks from Nerves (recently featured on a Hot Press Live session) and Thinkerrs (described as being ‘in thrall to Nick Cave’s dark, squallyrock’ in The Irish Times). Previously unreleased tracks are included from Section 4 and Televised Banana, as well as a selection of live tracks from Alps, Tension Head and Cancrusher. There is a wildness and freedom of expression throughout as the songs move from experimental, to comedy rock, to thrash metal, punk and even some reggae. It is a rich and highly entertaining collection of independent music arising from a small town in the West of Ireland. ‘From the Mouth of the Boys Vol.2’ will be released by Wahstuff records on Friday June 11th 2021.

I sometimes go through my CDs from over the years and I love when I find these types of compilations. It’s like a snapshot of a scene from a place and time. I guess I made something like this in the hope that, ten years from now, somebody in Hamburg or Prague or Bradford might find one of these CDs and get a kick out of it 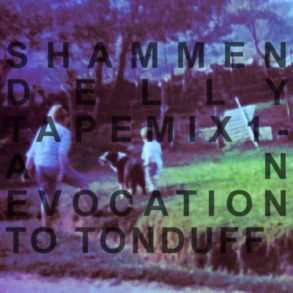 An Evocation to Tonduff by Shammen Delly: “beautiful and the exact opposite of timeless”