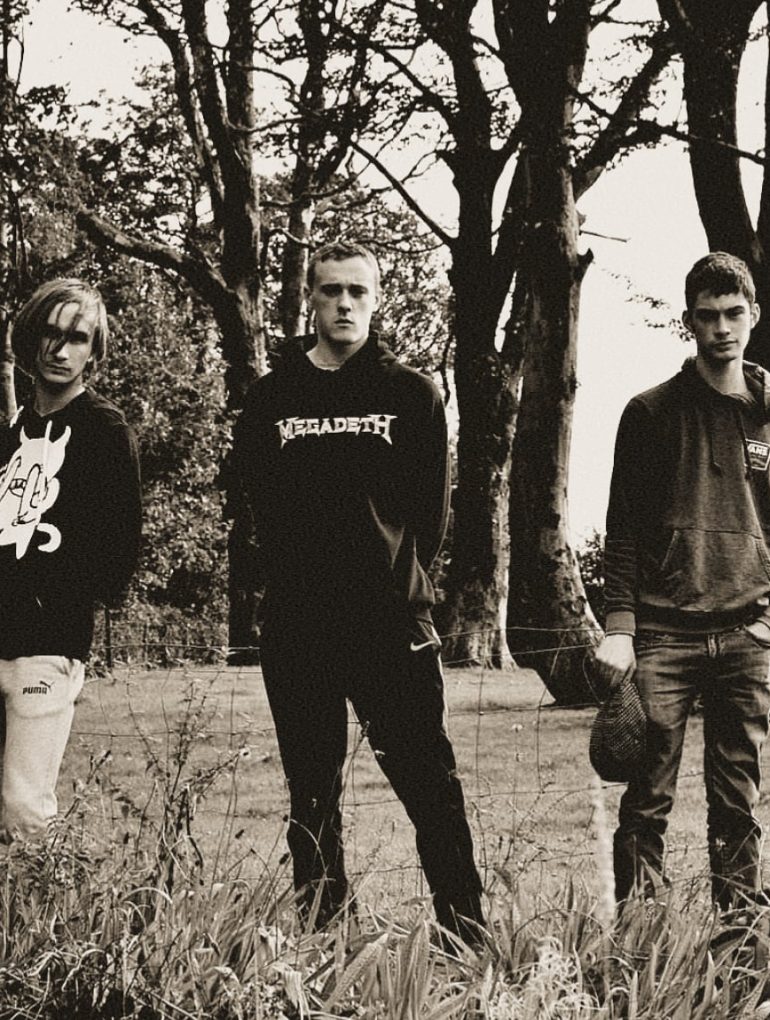 Formed in January 2019 by Conrad Twomey, Arthur Murray and Maciek Zwirkowski, Cork band Ash Red have just put out their post-punk influenced debut single The Stupid Song via Galway’s Blowtorch Records. Instantly catchy and supremely enjoyable, the song is not nearly as stupid as the band claim.

Arthur (the guitarist) came to practice with the most stupid two note riff we ever heard. As a joke we played and I guess it just worked. The song is about loneliness and desire to be noticed in the world but it’s really not that deep, they are just words.

With immersive, driving noise and assured vocals, The Stupid Song announces the arrival of yet another exciting post-punk influenced band from the western edge of Ireland… Add Ash Red to your Turnstiles/ Nerves playlists for maximum existential craic.