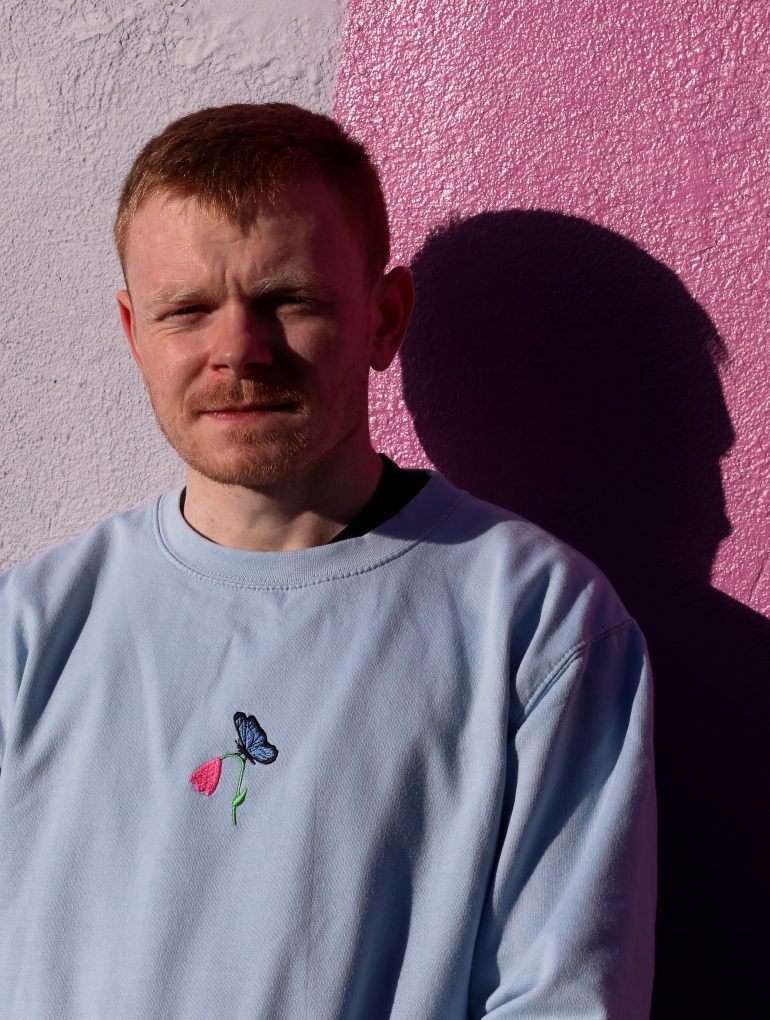 Anna’s Anchor: “We’re not doing this for anyone else but ourselves, so make sure you’re stoked on it and then it’ll hopefully resonate with people”

Words and questions by John O’Connor

Marty Ryan, aka Anna’s Anchor, is sometimes called the busiest musician on the Island because of his non-stop attitude to the Irish music scene. Within the last few years there’s been two studio album releases (his own Everybody’s Welcome and one with Dublin’s The Winter Passing, for whom Marty plays guitar), a live album (The Songs Were Okay But The Stories Were Great), a commissioned piece What If There’s More, extensive touring and even an Irish music scene podcast, DIY IRL.

So, with all that in mind you might have thought that Marty would have taken the pandemic as a time to sit back and relax a bit after such a busy run. Well, you’d be wrong.

Marty took the lockdown as a chance to get back to doing what he does best – he went and recorded another album, A Glorious Ruction. A true DIY album in every sense of the word – written, recorded, engineered and produced solely by Marty himself, with Mike Gavin and Richard Dowling coming in for mix and mastering duties. The album is the culmination of everything Anna’s Anchor has been putting together for almost ten years, from his first release The Oak Street EP in 2014 to this, his third album as Anna’s Anchor. I sent Marty over a few questions to find out about the ideas and process behind the album, his love for Limerick, the creative drive and how skateboarding and photography helped shape the new album.

Alright, I love the idea of using the walk around limerick to situate the listener, whilst using Limerick’s famous The Three Bridges as a focal point for the album… how did this come about and germinate?

It’s an idea I’ve had kicking around in my head for a long time now. For the last few years I would take the three bridges around Limerick City most nights. It has a very special place in my heart and is one of my favourite things to do. I would usually stick on an album and the walk takes between 30-40 minutes so it’s perfect to listen to an album from start to finish. Eventually the penny dropped that I could write an album specifically for it where each part of the walk would have its own song and they would be timed to the length of time it takes you to walk that section so that the album would act as an interactive art piece that would guide you around the city.

What was the process of bringing this together? especially as the idea came about during lockdown, what was the recording process like and how did affect the final sound of the Album?

The process of writing and recording it was in no way affected by the pandemic. Luckily myself and our drummer Brian Scally, have always worked remotely together and have that relationship on lock. I had all the songs timed out in advance and what feel I wanted each song to have before even writing a note, then it was a case of working backwards and sending over ideas to Brian. Once it was all written and demo’d, Brian tracked the drums in a studio in Leeds called The Nave and I rented an AIR BnB near Loughrea where I locked myself away for two weeks and recorded it all. It all went off without a hitch luckily!

Your releasing with limerick stalwarts Out On A Limb, I get the sense the record is in a way your own personal love letter to limerick, the good and the bad bits. is it that clean cut or there more to it?

Yeah, that’s exactly it. This is our third album which is mad to think about. I hope we can keep making albums the rest of my life but I definitely treated this as if it was the last thing I would get to do and if that were the case, what would I want Anna’s Anchor to be remembered for and that’s lead to the whole album and release being centred around Limerick and different experiences I’ve had growing up here. I’m very proud of the album and hope that in 20 years-time, someone will take that walk, stick on the record and see it through a totally different pair of eyes.

I know you to be an artist who is always striving to try different things with how you promote, package, and showcase your music, with the walking tour and the skateboard decks being the newest ways, is there any advice you would give bands in finding new ways to promote? especially with the lack of gigs right now?

Thanks for that, I appreciate it. I’ve always tried to do things differently and push people’s perceptions as to what a “band” should be, maybe that’s been a negative also but for me, I don’t want to do something that’s already been done. A million bands have recorded tunes and played gigs and venues, which is totally cool, but for me to feel inspired, there has to be more. The only advice I could give to a younger band trying to stand out from the crowd is to just do what makes you excited. At the end of the day, we’re not doing this for anyone else but ourselves, so make sure you’re stoked on it and then it’ll hopefully resonate with people, if not, you’ve already won and that’s fucking class!

You’ve also taken up two new hobbies over the course of this year, photography in which you produced a zine for A Glorious Ructions release, and skateboarding, has having these helped in your own creative process?

Absolutely. Those two things have been the biggest source of influence and inspiration on the album. Those are two things that I’ve always wanted to properly try but never afforded myself the time to do it with being so busy with music. I’ve been pursuing music full time the last 3 years and it’s the best thing ever, I’m so unbelievably grateful to be in that position but at the same time, having variety is an important thing so that you can come back to the thing that you love the most with a clear and inspired mind. Skateboarding and photography have allowed me that and I honestly don’t think I could’ve made the album without those things.

A Glorious Ruction is out now on Out on a Limb Records and was produced, recorded and engineered by Marty Ryan. It can be found over on the Anna’s Anchor Bandcamp.