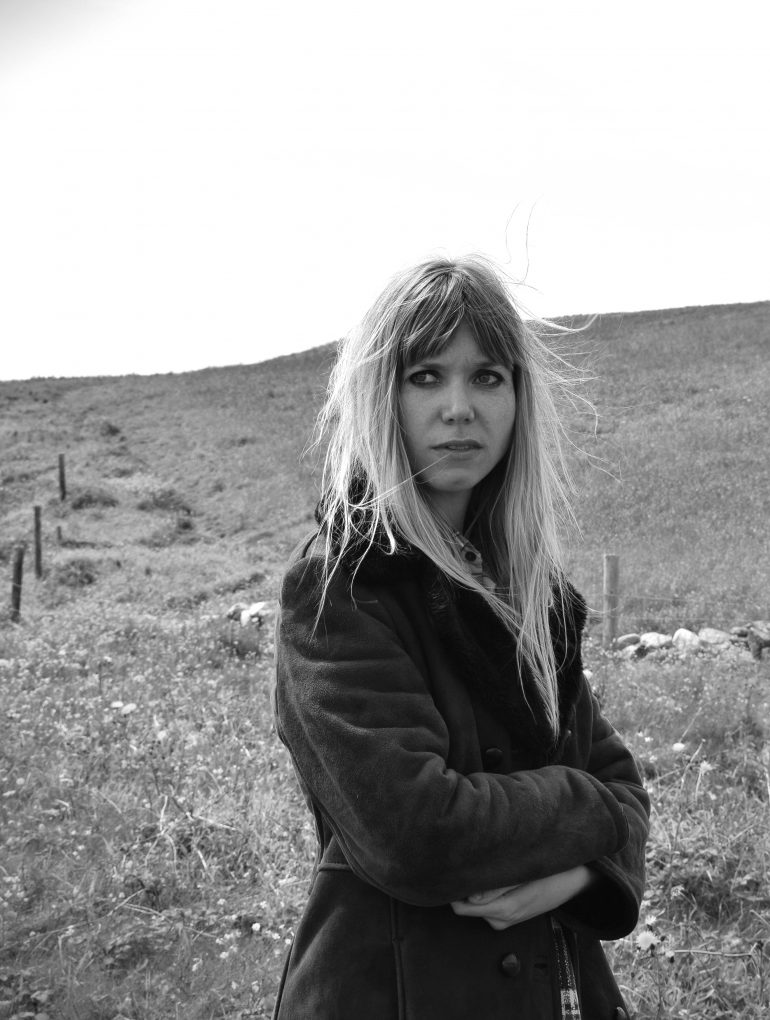 A Lilac Decline is the anagrammatic musical pseudonym of visual artist Cecilia Danell. Originally from Sweden but resident in Ireland for over a decade, Danell is also a member of fellow Rusted Rail acts Cubs and Loner Deluxe. Her debut album The Mountain Rages came together during sessions in the spring and the wet summer of 2016, recorded via one microphone and a bunch of borrowed and found instruments. Whilst there were flashes of electricity on her debut album, her second album Shelter from the Shadows finds the Galway based artist going electric, Telecaster in hand.

The album came together in a very organic way. It was recorded at home, so the producer Keith Wallace and I were able to work on songs as they were written, and sometimes return to them again much later, without the pressure of looking at the clock on a recording studio wall. These songs are a personal response to various events that took place over the course of three years, with universal connotations. The sound is fuller than on my debut album, drawing inspiration from 90’s indie-rock and shoegaze, and also features drums by Brian Kelly of So Cow on a couple of tracks

Mixing and blending elements of shoegaze, folk and dreampop, Shelter from the Shadows is a captivating collection of intimate and tender songs shot through with glimmering and shimmering six string serenades, fuzzy melodies and chunky riffs. It is rich in emotion and at times heartbreaking – notably in the shiver-inducing Burn For You, a tribute to Danell’s late father. It is also warm, nostalgic and forgiving with Danell singing at times as if to lost connections and missed futures, on the verge of lamenting but ultimately accepting.

Shelter from the Shadows is available on CD from Galway’s Bell, Book and Candle and the Rusted Rail Bandcamp (as well as digitally, of course).