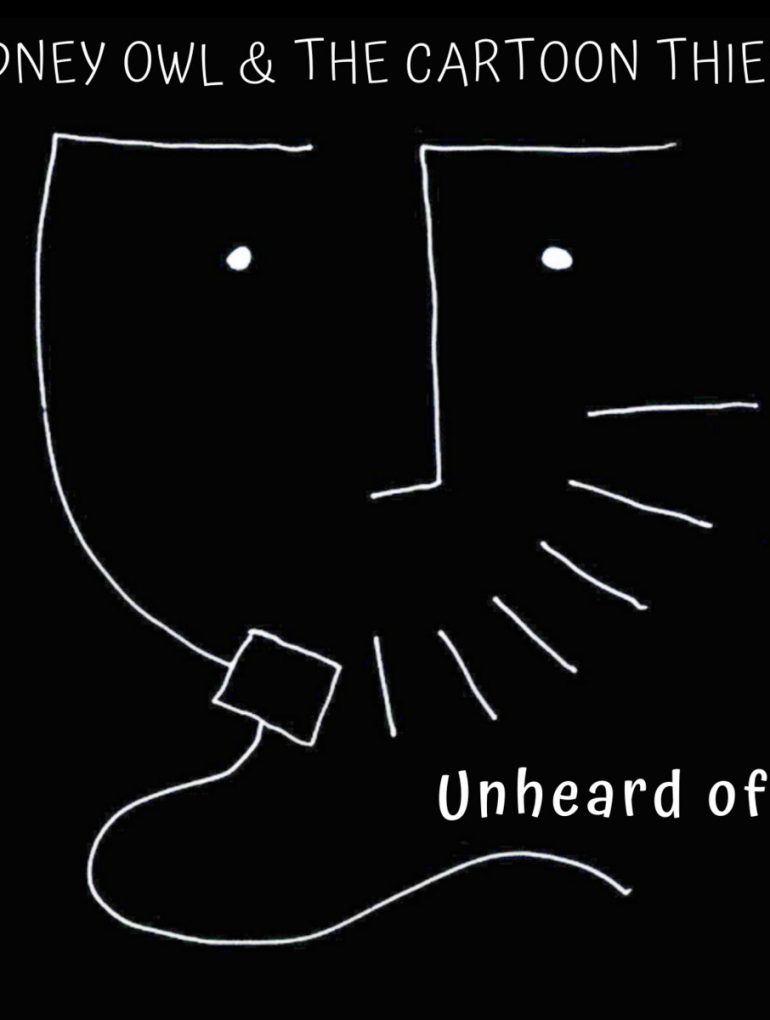 A blast from the past with Rodney Owl.

Rodney Owl has just put out some tracks that fans of legendary Galway band The Cartoon Thieves might remember fondly. In his own words…

“The ‘Unheard Of’ EP is billed as ‘Rodney Owl and The Cartoon Thieves.’ A cynical and ridiculous ploy to seek (local) attention in my direction. In truth it is a Cartoon Thieves release that never was, I was a member of that band, Rodney Owl was not conceived at the time of recording (between 2006/08) My former bandmates agreed to allow me to use these recordings to promote myself. Thank you brothers.

I wrote these songs, (long time ago in Bethlehem) but I did not have to tell the drummer what to play, the guitarists how to sound, the bassist how to bounce, which harmonies shouldn’t be sung etc. They got it from the word go. Besides, much more than music was added through the genuine energy, complete lack of pretence and perfect carelessness captured in this collection of live studio recordings.

I hope this doesn’t sit well with what I’m doing today, it’s not meant to. I hope the few who like my recent releases will listen to this and wonder what I’m playing at, that’ll make it right.“